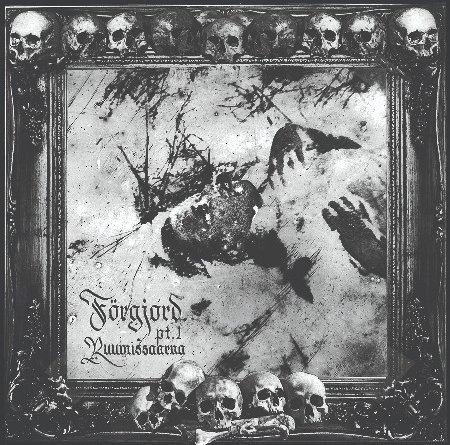 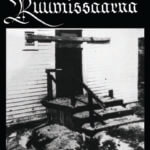 Förgjord’s forensic exploration of the darkest aspects of humanity continues unabated on sixth full-length, ‘Ruumissaarna Pt. I’, where conceptual mastermind Valgrinder takes another look at what it is that transforms man into a killer; an atrocity-inflicting beast. Glancing at the unsettling artwork, it’s clear that specific historic crimes have once more inspired this body of work, which acknowledges and details the unfortunate suffering of the innocent at the hands of the perkele – the monster that exists within every (Finnish) man, waiting to be unleashed, be that by depression, psychosis, alcohol abuse or something else.

Majestic yet ominous intro ‘Johdanto’ sets the tone and by the time the infectious fourth curse of disturbing Black Metal mania, ‘Kylmät Silmät Tyhjä Katse’, announces itself, it is abundantly clear that Förgjord is still possessed with an uncanny ability to conjure the most memorable and enjoyable music, merging fierce aggression with vicious melody to produce an intoxicating brew of disturbing, unnerving, atmospheric Black Metal.

Förgjord have honed their craft to such a degree that they now showcase their own distinct and recognisable sound. ‘Ruumissaarna Pt. I’ is harsh and grim but it also soars with an almost triumphant splendour. Arcane and rustic, yet polished and steely like a glistening blade. Corrosive, ghoulish vocals are spat forth to fuse with malevolent, freezing-cold riffs, oftentimes audible, clanging bass and pitiless drumming that lies somewhere between contemptuous and indifferent. The brief interlude ‘Ruumissaarna’ itself is one of the most demonic utterances in Förgjord’s dastardly discography thus far.

There are eerie organs and twisted samples, too, some uplifting, rocking moments (‘Kirous Veressä Pt.2’, for example) but the overall feeling is a forlorn, poignant and somewhat melancholic one, the sombre litany revealed in all its harrowing might by an organic, unobtrusive production which allows the music to effortlessly and powerfully retain its roughly-hewn underground characteristics.