Obscure Austrian darkness dealers Portae Obscuritas used the lockdown to take stock of things and to continue working on their forthcoming, third full-length. Here’s a short update on how the newest rituals are progressing… 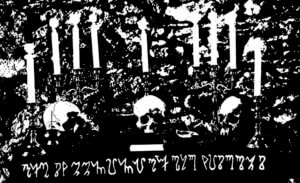 It’s impossible not to be drawn in by the authentic darkness of Portae Obscuritas’ music. Both albums – 2016’s ‘Sapientia Occulta’ and ‘Lvx Atra Aeterna’, which was released last winter – sound like the aural equivalent of a black mass being performed by possessed demons. There’s a truly unsettling element to your music. Where does this darkness emanate from?
“It is the darkness itself; we basically use the spirits of the darkness within our souls. With our music we are conjuring these spirits; we invoke chaos and death. Darkness is everywhere; it surrounds us and is expressed in our soundtrack.”

What do you do in order to get into the correct mind-set for writing, recording or performing these occult songs? Do you meditate, take mind-expanding drugs or partake of any other kind of dark ceremonies? Or is it the music itself that serves as your portal to darkness?
“As just mentioned before, songwriting and performing our songs are the art of conjuring dark spirits. We need no mind-expanding drugs or other crap. It is the music and the atmosphere at our rehearsal room or on stage. We invoke chaos and darkness and open the gates to this world.”

Performing live rituals is the best way to bring your music to the masses. To this end, the lockdowns and social restrictions brought on by the spread of the novel coronavirus have been frustrating in that they have indefinitely brought an end to all such gatherings. Did you have to cancel any gigs and do you foresee Portae Obscuritas returning to the stage soon?
“Unfortunately, we had to cancel some gigs, but we’ll be returning to the stage as soon as possible. Due to the coronavirus lockdown we are currently not allowed to travel to other countries to perform our ceremonies. However, we’re planning to return to the stage in autumn this year.” 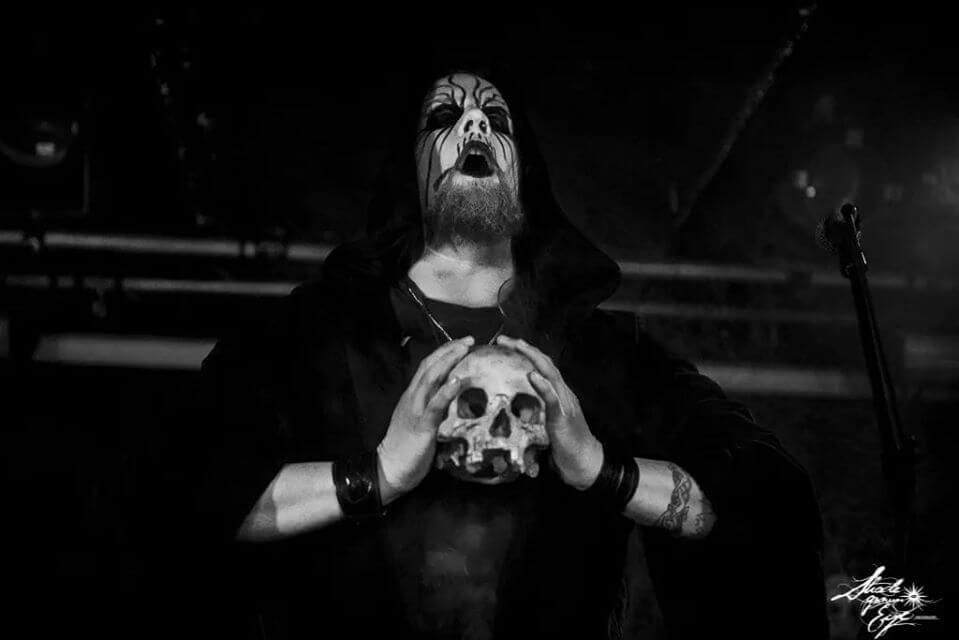 The past few months have been like something from a science fiction movie. How badly were the members of Portae Obscuritas affected, firstly by the virus itself and secondly by the ensuring loss of civil liberties?
“Neither of us was affected by the virus itself but, of course, by the loss of civil liberties in the wake of the Covid-19 pandemic. We have been shut away in our homes for a while; pubs were closed and some leisure activities were not allowed. The lockdown has brought with it a variety of side effects – and some of them are surprisingly positive: it was a time of silence, a time to reflect and a time to return to the essence of things and to be creative.”

Austria was one of the first countries in Europe to go into lockdown and also one of the first to begin easing restrictions, so it appears that you are moving in the right direction at least? Do you feel your government performed adequately in the face of this unprecedented threat or would you like to have seen things done differently?
“We don’t care about politics or what was the right or wrong direction. Our government moved in this direction, irrespective of whether it was fair or unfair, whether it was the right or wrong decision. Probably it had to come this way.”

It’s been a good year for getting creative, at least. Have you been working on new material? Perhaps the third Portae Obscuritas opus will surface sooner rather than later?
“We`re working on new material, yes. It became a little bit more difficult since our lead guitarist Erebus moved to Sweden two years ago. Thus, it takes more time for the creation of new songs, especially the arrangements. Now Scheol assumes the role of our main songwriter and we are mailing the new stuff to Erebus.”

Lamech Records is an excellent fit for your band. How did that relationship come about and what does it mean to you to work so closely with such a prolific and talented artist as Frater D.? Clearly, you share a vision…
“We`re very pleased with Lamech Records and all individuals that are involved. We share the same vision, to release sounds with a certain something and a sombre atmosphere. Frater D. is a genius; he knows exactly what a song or a record needs. He created a special atmosphere on our second opus during the mix and master process. It sounds fantastic. Ǻskväder did the artwork and layout for our debut ‘Sapientia Occulta’ and ‘Lvx Atra Aeterna’ and she did a great job. The cover artworks fit the lyrical theme really well.” 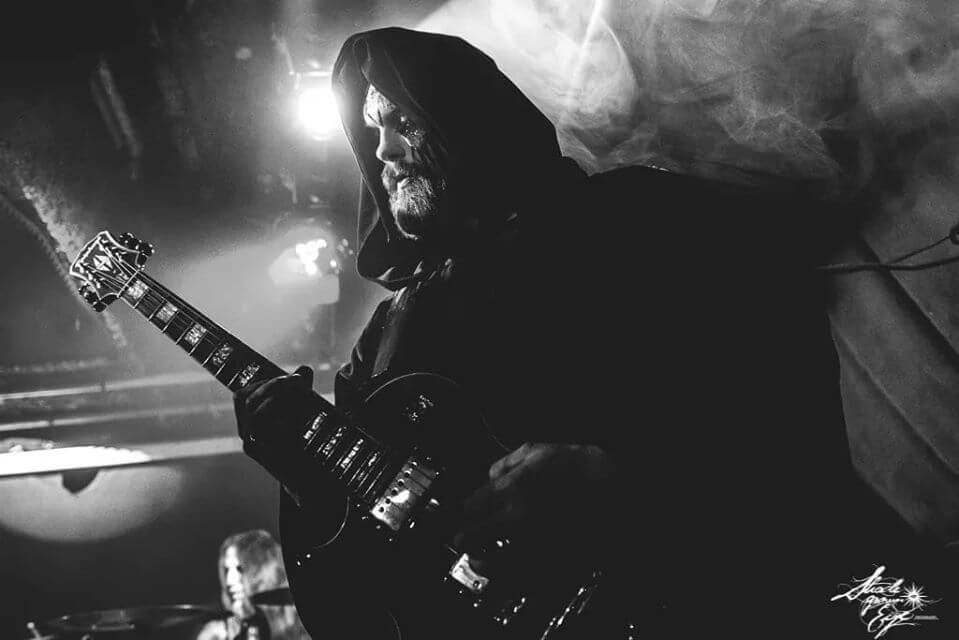 Black Metal speaks to me in a way that no other music can. As a fan of this unique art form, with absolutely no inherent creative ability whatsoever, I find it awe-inspiring. I’m wondering, as musicians, with the power to create such music, do you also derive the same degree of satisfaction from listening to it? If so, which bands inspire you most? Are there any new hordes that you would advise me to investigate?
“Of course there is music which inspires us but not in our creation with Portae Obscuritas. Our songs are not influenced by other bands’ music or something. In Austria, we have some great bands such as Asphagor, Circle of Shadows, Transilvania or Erl. There are too many to mention.” 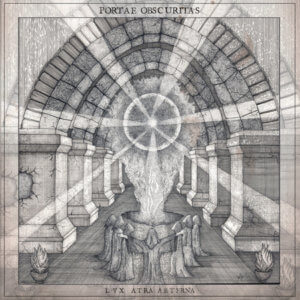 I’ve noticed that both albums and both demos (‘Ad Vesperum’ and ‘Non Serviam’) released thus far by Portae Obscuritas contain five songs plus an intro and outro. What is the significance of this sequencing? It seems way too symmetrical and disciplined to be a coincidence…
“Indeed, that’s no coincidence, but was rather intended. Our records consist of acts, kind of like an opera if you want so. There`s a prelude, an interlude and a postlude. Especially on ‘Lvx Atra Aeterna’, which has a conceptual lyrical theme about the invocation, the resurrection and the rise of chaos.”

Thanks a lot for your time and for producing such great music. Finally, what can we expect from the high priests of Portae Obscuritas in the future?
“The writing process for our third record is in full progress and we’re eager to release it sooner rather than the long time lapse between the debut and our second opus, so be prepared. Furthermore, we’re looking forward to continuing our live performances after the Covid-19 lockdown.”