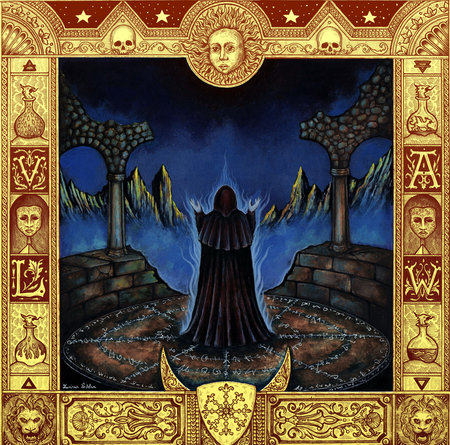 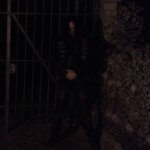 The hermetic, occult French Black / Death Metal entity Ysengrin has always been a law onto itself and nowhere is this more evident than on elusive, unpredictable and enchanting third full-length, ‘Initiatio’, offering 43 minutes of atmospheric yet crude and haunting music, tapping into the same ancient, esoteric well as Mortuary Drape and Varathron whilst also reminding me somewhat of Necros Christos and even Portuguese Death / Doom mongers Defuntos (mainly due to the prominent bass, perhaps).

A difficult band to pigeonhole at the best of times, Ysengrin presents itself in an even more abstract and intangible form on what will apparently be the band’s final full-length – a rusty nail in the coffin, so to speak. Five of the nine tracks on ‘Initiatio’ are reinterpretations of bodies exhumed from Ysengrin’s past, everything brought together thoughtfully and seamlessly to produce a worthy new album proper.

It’s patently obvious from the off that the analogue sound so highly cherished and sought after by Ysengrin has been achieved to perfection here and this lends the necromantic musings a decidedly obscure and authentic bent, rendering the mid-paced presentations timeless and unspoilt by modern techniques. There’s a clear ritualistic, funereal atmosphere detectable throughout and this is an album that would be best consumed in complete darkness or under the cover of candlelight, with the volume pumped up and all other sounds / distractions blocked out.

Unnervingly unique and reassuringly disturbing when consumed in solitude, ‘Initiatio’ certainly isn’t your everyday, run-of-the-mill Black Metal or Death Metal offering. To the contrary, it’s creepy and mischievous, working its way into the subconscious via unconventional means, relying patiently on the creation of a decrepit, decaying atmosphere more so than technical prowess, high tempos or aggression. Ultimately, this is a unique, interesting and intriguing work which deserves to be explored and considered – a breath of fresh (fetid?) air in an era where so many other acts are content to peddle the same tune.