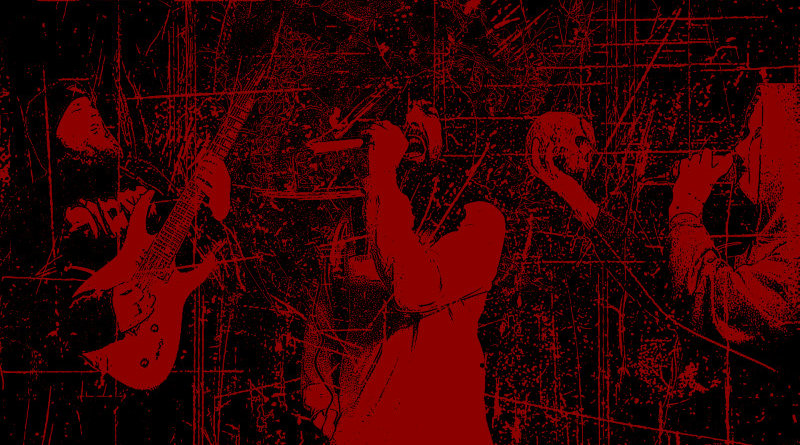 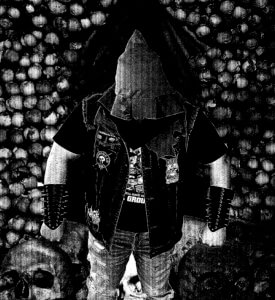 ‘Glory Through Savagery’, is about as belligerent as music can get. Bristling with barbarity and naked hostility, it truly is an expression of blistering sonic violence. What drove you to create such a blatantly bestial and utterly unhinged manifestation? Did you deliberately set out to conjure the most barbarous, ferocious album possible or did proceedings just naturally / instinctively evolve in this vehemently visceral and vicious direction?
“I think it came together naturally. We didn’t really set out with any specific sound in mind, but it ended up coming together quickly and almost effortlessly. We’ve been friends for years, so the collaboration aspect of this band is very easy to navigate. We’re fairly laid back people despite creating such a barbaric type of music.”

In many respects, this is everything extreme music should be. While too many Black Metal and Death Metal bands are going through the motions and playing it safe, selling audiences short and essentially cheating by filling their music with melodies and nuance (certainly not how I remember Death Metal or Black Metal being when I first encountered the genres!), how important is it to Malgöth to volley forth an antidote to this by focusing primarily on primitivity?
“I think a lot of these bands go in with a preconceived idea of how their music should sound or how the visuals should look based on other bands in the genre, or whatever is popular in the underground at the time. Maybe they just wear their influences too blatantly, I’m not sure. I do, however, think it’s important to stay open and let your projects evolve naturally. If you have to force it, or copy someone else, then it really isn’t the best idea you could have.”

To what extent does Malgöth exist to make music you want to hear yourselves? And are you motivated and / or inspired to pay tribute to other artists you enjoy personally? I possibly stand to be corrected but I’m guessing you are influenced mainly by warmongering hordes like Blasphemy, Revenge, Diocletian and Nyogthaeblisz to mention just a handful? Not sure if you are familiar with Mylingar, but you appear to be travelling a parallel path… Do you draw influences from other genres as well? Can I detect some Goregrind appreciation?
“Of course, there is an attempt to make the music sound interesting to ourselves at the very least. If other people happen to like it then that’s just fine too. The band doesn’t really have any direct influences, but we do acknowledge and pay our respects to the bands in this genre that came before us. I think we’re covering a lot here, but Black / Death Metal with some noise influence is an easy way to describe it.” 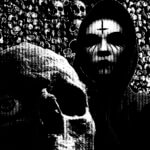 Your music is by no means an easy listen … and I’m sure it is infinitely more challenging to create it. Could you divulge a little about the writing and recording process for the album? Was everything written and carefully planned before you entered the studio or did you improvise at all and let your primal instincts take over? Also, considering how noisy, pulverising, chaotic and almost disjointed the album is, how difficult was it to pull all the disparate parts together and get the mix and master right, ensuring that everything is audible and that the chaos is harnessed and channelled satisfactorily?
“The recording process for this album only took a little over a week from writing to finished album. Everything came together quickly and naturally. Believe it or not, I recorded the drums first and then improvised the guitars over them for the most part. I think we owe our ‘primitive’ sound to me maybe spending two minutes writing each riff. Some may think that sounds lazy, but if you’re experienced enough and have this process down to a science, it’s more of a technique than anything.”

In my mind’s eye I can picture some form of inner purging taking place during recording. Perhaps that’s wishful thinking… How intense was the experience and did it take much of a personal toll on the band members? Or is it possible to enjoy making such dark, evil and nihilistic sounds? Is it a cathartic experience, a way of silencing some inner demons, albeit temporarily?
“Simply put, we had a great time making this album. Sure, it was strenuous recording such fast and unrelenting music, but never to the point where we weren’t enjoying ourselves. I know SR and DG (the vocalists) both destroyed their voices recording their parts, so I’m lucky that I didn’t have to record vocals as well [laughs].”

Speaking of the demonic vocalists, those intense, inhuman and utterly possessed dual vocals are an essential and distinct component of the Malgöth sound. How important is the combined synergy of the three members? Even though it is you who handles the song-writing and instrumentation and who is perhaps the principle driving force behind the band, is this a team effort with all contributions equally essential? Is the energy generated by all three members vital?
“Yes, the energy of both vocalists combined is what sends it over the top, I think. SR and DG are both very talented vocalists with a wide range, and they’re able to keep that raw aggression going throughout an entire 40+ minute album. Their vocals complement the music in a unique way, and I don’t think it would be the same if it were just one of them doing it.” 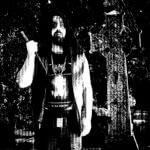 Mercifully kept to a minimum, as well as offering the slightest moments of respite, the brief ambient sections placed sparingly across the record enhance the overall feeling of dread. Fleeting as they are, it feels that these passages are of vital significance?
“Yeah, you said it. We needed some short breaks from the maelstrom in there. A few people that have heard the album appreciated that as well. I’ve released some experimental noise / dark ambient records in the past so this was nothing new to me. It’s just a part of the Malgöth sound.”

Two of the three members of Malgöth (yourself and DG) have also joined forces to spawn the equally abominable Chasmdweller – a devastating Death Metal force which has been particularly prolific, with no fewer than seven releases over these past couple of years. Do you strive to keep the two projects separate or are they inescapably interconnected? Any news on the Chasmdweller front in terms of new material?
“We definitely keep busy between these two projects. DG has another solo band in the works, too, and it’s incredible. I mixed and mastered the songs for him and he’ll be looking to get it out there soon. I think Chasmdweller and Malgöth are very different. Chasmdweller is straight up Death Metal without any of the other sounds that make Malgöth distinct. We’re actually in the middle of recording the third Chasmdweller album, which will be released next year. I won’t say much more, but definitely keep an eye out for it.”

Have you had the opportunity to introduce the music of either Malgöth or Chasmdweller into a live setting, or is this something that would be either feasible, practical or desirable?
“We’ve never really talked about it. To be honest, I’m not a big fan of playing live. I prefer to keep to the shadows and release these studio projects. Up until a few years ago I was playing live regularly and basically got sick of that whole experience. It makes more sense to me to focus on studio projects, something that will be around for a long, long time.” 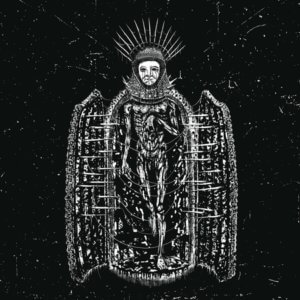 Grant from Filth Effigy was responsible for the intriguing front cover artwork. How did that image come to be? Did you give him specific guidelines or directions regarding a concept you had in mind or did he dream up with the artwork himself?
“I believe that was a piece he had already come up with beforehand. I thought it would be a great fit for our type of sound. We chose not to include the band logo or album title on the front because the art is so powerful. Grant is very talented and has also done artwork for Chasmdweller and a couple other projects of mine. Definitely go check his artwork out.”

‘Glory Through Savagery’ is being released physically by cult German label Iron Bonehead Productions, who also brought Malgöth’s debut EP ‘Primordial Dawn’ to the masses. How pleased are you to be on the roster of such a celebrated and renowned label?
“It’s great, really. Patrick is very easy going and a real nice guy, so working together has been awesome. The label has released so many great records that it’s hard to deny that they’re a major influence in the underground and beyond. We’re very honoured and excited to be working together, and will hopefully continue to work together into the future.” 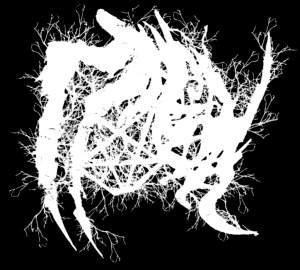