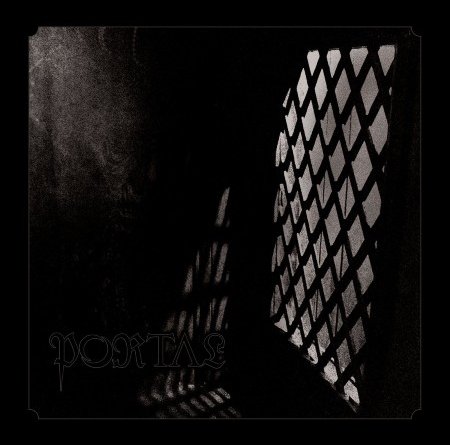 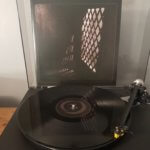 The swirling swarm of sweeping insanity that is ‘Avow’ arrives as a welcome, orphaned fillip in a time when banality and blandness abound and, let’s face it, most other bands are either embarrassingly derivative or simply as boring or safe as fuck. With each passing day it becomes increasingly difficult to find new music worthy of investigation – let alone investment – but Portal is one of the rare forces that continues to excel.

Sixth full-length offering ‘Avow’ is about as inaccessible, illogical, unorthodox and awkward as music can get. Delivering 43 minutes of otherworldly, experimental Death Metal with trademark abstract and cryptic lyrics / poetry, this is one dense and suffocating aural nightmare, a descent to the blackest void where hellish noise is deconstructed and reimaged by visionary musicians who stand out from the plagiaristic plague of pretenders.

A ten-minute manifestation of contemptuously manipulated, multi-directional chaos, ‘Catafalque’ sets the atonal tone, an orgiastic, anomalous consummation of disjointedness and teeming, tumultuous terror, the paradox being that none of the separate parts fit together with any semblance of sonic coherence, resulting in a glorious maelstrom of utter fucking madness. From there, the dissonance and decadence never let up for a second, ‘Manor of Speaking’ another stand-out moment on a crazed journey featuring nothing but highlights.

Everything on ‘Avow’ is different level. From the buzzing and sawing riffs so sharp and deep they could fillet flesh from bone to the incessant machine-like drumming and those subhuman, ghastly funereal utterances of the damned. Portal prove here that they are pioneering, trailblazing and almost-inimitable masters of their crooked craft. Presented in a classy gatefold jacket, the vinyl edition looks and sounds spectacular (with a nice eight-page booklet included) but this outstanding offering is an awe-inspiring exercise in irregular immensity worth tracking down on any format.