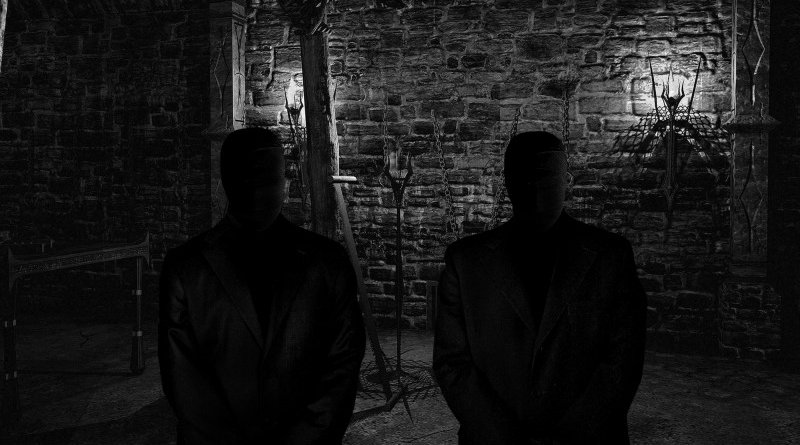 Throughout history, the price paid for non-compliance with the diktats and decrees of authority has all too often been severe, the torture and dismemberment of Christians at the hands of the Roman Empire – as recounted on the gruelling, harrowing and compelling. fourth Autokrator full-length – representing a visceral example of despotic retribution. Loïc.F discusses the creation of ‘Persecution’ and ponders the deep-rooted evil that drives humans to destroy one another. 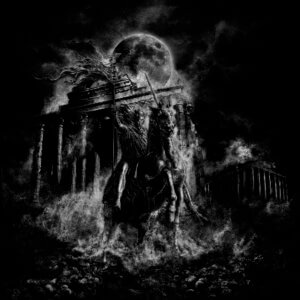 During the opening offensive on ‘Persecution’, ‘De Gloria Martyrum Et Confessorum’, you detail the punishments Christians faced for daring to challenge the sovereignty of Caesar. Scourged, beaten, hanged, beheaded, thrown to the beasts. Damnatio Ad Bestias – only humans could dream up a reckoning so sick and macabre. We don’t need any excuse to switch into persecution / oppression mode…
“Humans have always tended to find excuses to persecute, oppress, torture or kill. Through history the reasons for this have been religion, territorial conquest, skin colour, ethnicity, gender, politics, money … any excuse is a good one. To me, it’s what differentiates us from other animals, who kill only to protect themselves, to eat or to survive.”

In pursuit of control and absolute dominion, every empire in history has committed atrocities and genocides against its own people and / or those from other lands. It could be deduced from this that killing one another and spilling blood is what we do best?
“Brutality has always been a way to rule. Despite the fact that most people are peaceful by nature, some sections of the population are composed of natural born killers. Look around you … you have always been surrounded by bad people. Give them power or an opportunity, you’ll see what they will do with it.”

The concise and direct lyrics of ‘The Great Persecution’ – “Kneel! Obey! Confess! Submit! Repent! Relinquish! Renounce! Concede! Surrender! Serve! Bow down! Venerate! Worship!” – could form the blueprint to governance in any regime. These simple commands seem wholly applicable in the present time…
“As Caligula used to say: ‘Oderint dum metuant – let them hate, as long as they fear’. Ruling by sympathy is always more difficult than ruling by force. As cruelty brings respect, the enemy or the dominated is less inclined to betray or to revolt.”

The atrocities depicted in the songs on Autokrator’s fourth full-length are based on actual events that occurred in real life. Is it an important part of your modus operandi to focus on true events rather than fantasy or fiction? Is this where the most shocking horror can be found?
“Autokrator is based on reality or, more precisely, on our own vision and interpretation of the dark side of humanity. Reality is way more cruel than the imagination. Even if you watch the most gruesome horror film ever made, you’ll always find someone who did something much worse in real life.” 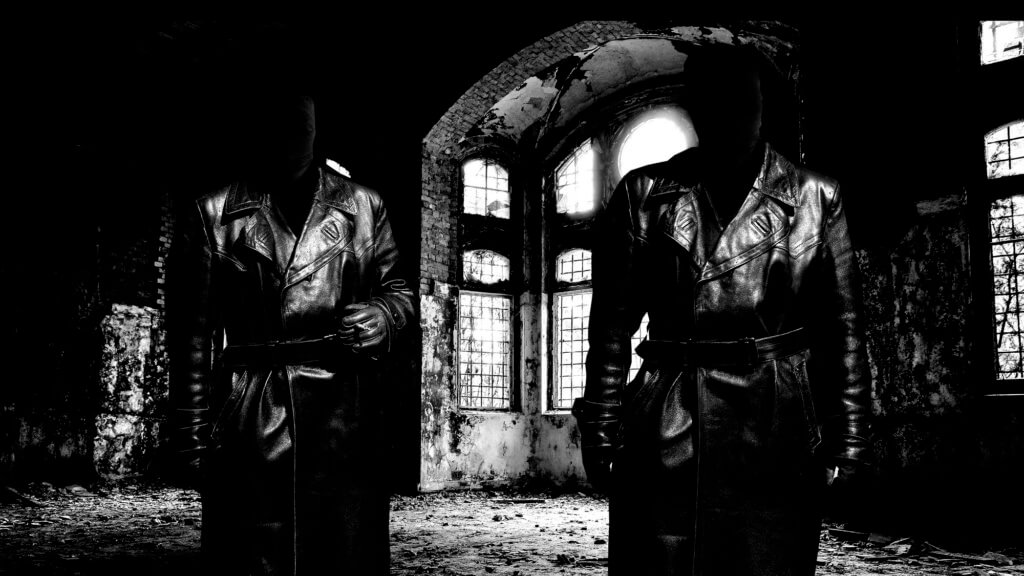 ‘Persecution’ links back to the self-titled debut album, not just in terms of the thematic references and historic / geographic setting but the front cover artwork is also uncannily similar. To what extent is the new album a sequel or continuation of ‘Autokrator’? And what is the significance of the familiar but revised image on the cover?
“‘Persecution’ is really different musically-speaking from the first album, but we wanted, on an artistic side, to recapture the essence of Autokrator. That’s why we came back to the Roman Empire themes and we worked again with Nestor Avalos. In some way, the circle is complete. The front cover represents Marcus Aurelius, who, despite being linked to stoicism and being seen as a good man, did himself persecute the Christians.”

A recurring theme in your lyrics revolves around torture, suffering, oppression, inflicting pain, often to instil fear, compliance, indoctrination and subordination. What is it about humanity’s innate cruelty that fascinates you?
“I have always been fascinated by human psychology. What makes someone born like you, with two arms and two legs, follow a path which leads him to kill, to torture? Are some people born evil? Or is it life that makes them evil? The human being is fascinating: the gap between good and evil, between genius and debility, between Stalin and Gandhi, between Einstein and stupid, is so huge.”

The album is cleverly structured, with an organic flow, and in order to fully appreciate the music, it ideally needs to be digested as a whole. Was it foremost in your mind when creating ‘Persecution’ that it should work as a continuous musical piece as opposed to six individual songs?
“Absolutely, ‘Persecution’ has been written as a theatre piece, to be listened from beginning to end without any cut. The most challenging aspect of this was that I also wanted each song to be unique, to be appreciated alone.” 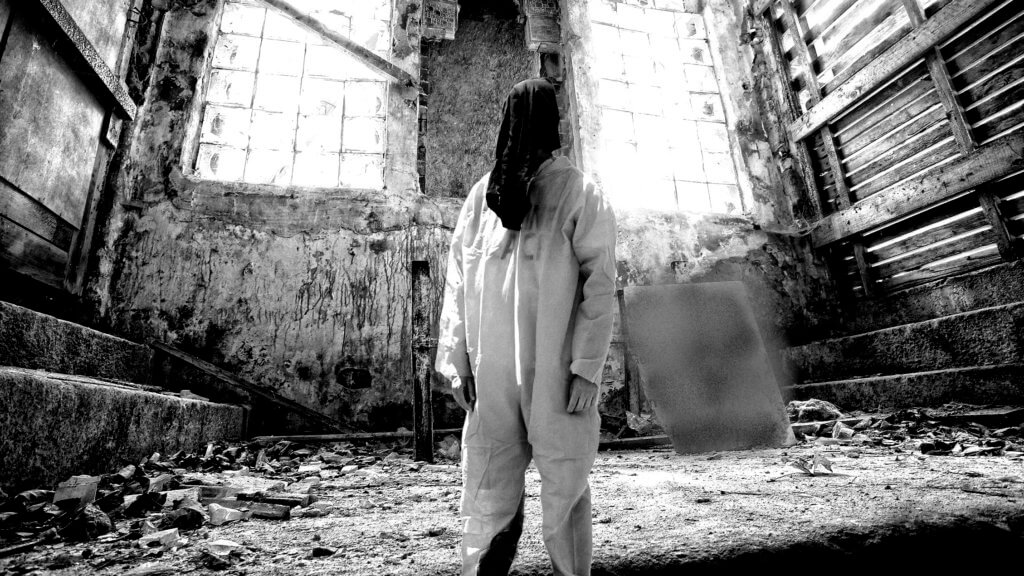 This is the first time that the same musicians have appeared on successive Autokrator albums, so do you feel that you have a settled line-up with yourself, Kevin and David? Are there any logistical difficulties presented by the latter being based in the States?
“We worked with Kevin Paradis again because he’s a true professional, one of the best drummers in the world.
Kevin is a killer, he actually recorded the album whilst recovering from Covid in order to respect the schedule. Working with David is really easy, too … he’s an amazing musician. We communicate via email, he always understands what I want from him, and I always give carte blanche to him to present his own style and innovations. Their work on our previous record, ‘Hammer of the Heretics’, impressed me so much that I saw no reason not to work with them again.”

On a personal level, you were heavily involved in all aspects of the creation process – from composing the music and lyrics to playing guitars and bass, recording and producing the songs at Krucyator Studio and also finally releasing ‘Persecution’ on your own label, Krucyator Productions. How time-consuming and demanding is it to be contribute so much input yourself? Does it become exhausting at times or are you able to enjoy the task? Could you outline the process a little bit?
“Here’s was my schedule for ‘Persecution’… On working days, I woke up at 2am, drank a coffee and worked until 6am on writing music, writing lyrics, mixing and mastering. I went to work from 7am until 5pm, came back home, and worked for another one or two hours. On free days, I worked between twelve-sixteen hours a day, and recorded guitar amps during the day. It was really exhausting, but I enjoyed the process from start to finish. My schedule outside the recording might be a little bit lighter, but not that much. Besides taking care of my family and participating in sports, I spend all my free time working on the label and on mixing / mastering.”

Speaking of Krucyator Productions, you have released some outstanding music, including the excellent new Drawn and Quartered full-length, ‘Congregation Pestilence’, earlier this year., which you also mixed and mastered. How much do you enjoy working with these Death Metal legends?
“It’s a strange situation. I’ve been a fan of Drawn and Quartered since I was a teenager and I’m now in a position where I have to push them to their limits to get the best results, in terms of playing and promotion. That’s sometimes disturbing, but it seems they can still tolerate me, which is a relief! Working with them is really cool; they’re old-school guys who know how to play and they’re masters of their craft. In terms of our relationship, there’s no bullshit, no useless speech whatsoever. We get straight to the point and give our best to lend prestige to a band who deserve way more recognition.”