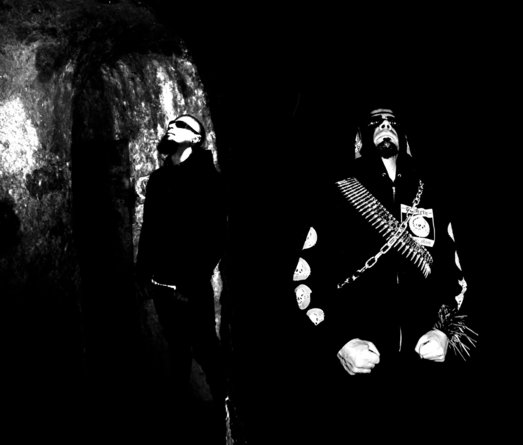 On their Christ-crushing, goat-glorifying sixth full length, ‘Baphomet Altar Worship’, Portuguese duo Satanize elevate their trademark bestial and barbaric sonic belligerence to a whole new level of profanity, heralding the impending apocalypse with their harshest lesson yet in pure war metal. I spoke to drummer / vocalist Reverend of Diabolical Services and Sinister Sorcery about the dawn of Satan’s era; the new record and its cursed conception; rejecting the deadly plague of religion; and why Satanize’s onslaught has become more furious and enraged than ever before. 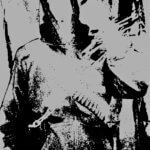 Listening to the incendiary new full-length, ‘Baphomet Altar Worship’, I am struck forcefully by the consistently devastating and unyielding nature of Satanize’s barbaric onslaught. It’s another incredibly punishing offensive, with no restraint, no respite, no remorse. If anything, you seem to be getting more barbaric with each new release. Where does the wrath and rage that permeates your music come from?
“Ave! On this new album we intend to sound more chaotic, faster and much more violent. This wrath that never ceases always finds a path to come out and materialise into sonic punishment. We have always been massively into aggression and the Satanic underground since the early days, so it’s a natural act to play this bestial and barbaric kind of music without any boundaries.”

As if the band name doesn’t give it away, it’s quite clearly evident from even a cursory glance at your album and song titles that much of your ire is channelled towards Christianity. I find it sort of ironic that this fallen figure is idolised all over the world. If somebody made a movie about a superman who claims to be god’s son but gets snatched by the rabble and nailed onto a wooden beam, dying on public display in utter humiliation, people would be laughing leaving the cinema. They would demand their money back. Not much of a hero, really, when you think about it?
“The physical existence of Jesus was possible. A simple man, son of the carpenter. People back in that time were idiotic and ignorant, and they coronate him as an extraordinary individual – just because he was a kind of wise preacher. He knew how to use the right words on the right people, in a proper moment, and this gave him the statute of a holy man.” 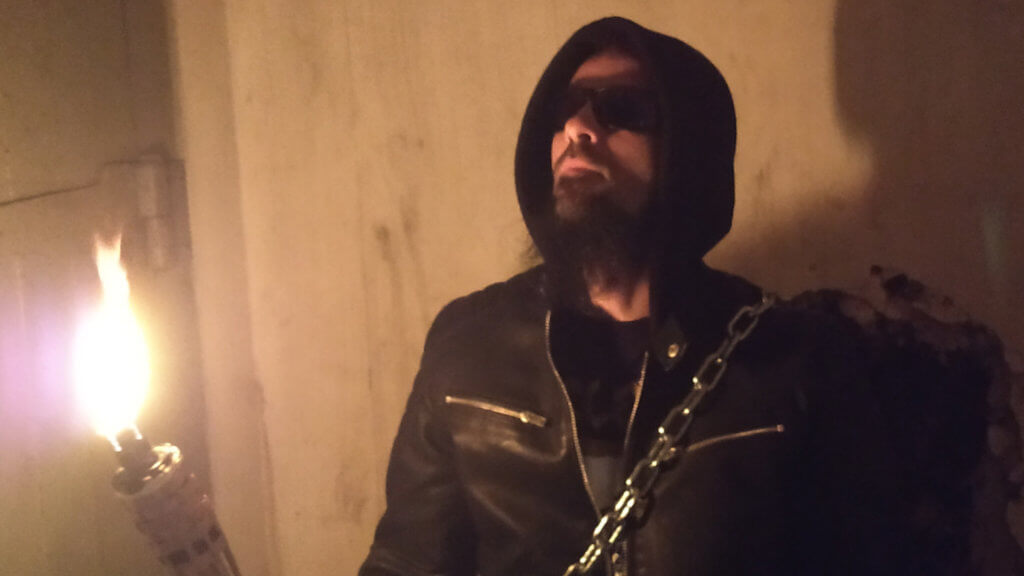 Would you agree that the followers of this cult are more deserving of scorn than Christ himself? Assuming he existed at all, he was either deluded or wrong and of course a raving narcissist, but there is no real excuse for subscribing to organised religion in the 21st century. Why do you think it is that so many people continue to embrace religious beliefs, which ultimately amount to superstition and hocus-pocus? Is it a fear of death and mortality, the selfish pursuit of an afterlife, some twisted sense of entitlement?
“If we can put both of them, Christ and blind Christian sheep followers, on a weighing scale, definitely the last one will win by far, in being worthy of contempt and ignorance. Nowadays filthy human beings are hollow and devoid of any free will, all choices and tastes are directed and influenced by something that society considers acceptable. The majority of people buy what their neighbour buys, follow what others tend to follow, the same for Christian religion. Some follow it because of family tradition, others because it’s a part of society and looking good.”

There is a long shameful history of sexual abuse perpetrated by priests, bishops and so-called men of god here in Ireland. It’s so terrible that the Catholic church possibly should have been denounced and outlawed. I’m all for freedom of expression but there should be no place for this behaviour in civilised society. Have you had much of the same sickness in Portugal?
“Sure! Paedophile scum priests should be castrated and shot in the head, their corpses should be impaled to decorate the land, or thrown away to a common grave, like the minks in Denmark.” 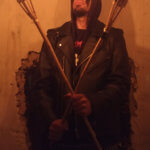 Could you tell me a little bit more about the sonic desecration that is the latest Satanize record and its cursed conception? Was ‘Baphomet Altar Worship’ written during the so-called pandemic and to what extent has the prevailing madness and hysteria shaped your mindset and outlook? Have you been able to distance and disassociate yourselves from everything that’s going on, or did it filter through onto the album in any way?
“‘Baphomet Altar Worship’ was composed in the last months of 2019, way before this madness began. The devastation of the record was in our heads since the previous album, we wanted to step further into total sonic annihilation.”

Did you record as a two-piece? Was the mixing and mastering handled in-house or did you bring in outside help? There’s so much happening on each song that this must have been an arduous task… Also, how did your partnership with Helter Skelter Productions / Regain Records come about and why did you decide to place your faith in this label to present the landmark sixth Satanize album?
“Correct, this album was recorded as two-piece, a task that’s worth all the effort. The mixing was done outside our fortress by a Portuguese comrade sound engineer. The deal came out naturally: D. from Altare Productions told me that Regain Records was interested in releasing a Satanize album, so this was the starting point for our collaboration. We’ve sent him a rough mix of the album, and the owner was totally into it. Regain Records will also do the CD version of ‘Decimation Ritual’. All blood rites are aligned and the sacrifice for the master shall take its righteous place.” 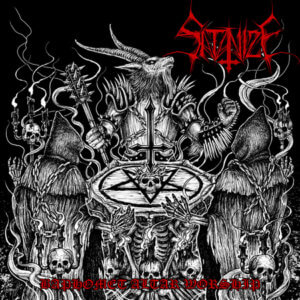 The cover artwork is wholly appropriate as the colour and tone instantly call to mind iconic like-minded hordes like Black Witchery and Archgoat, which I assume is deliberate? Also, the image just looks like a perfect representation of worshipping Baphomet at the altar. Is the hooded duo depicted in the image Satanize?
“The cover art perfectly suits the name that gave birth to the album. The hooded decrepit skeletons represent and stand for Satanize. The praise to something heinous and the total annihilation of mankind.”

Unlike the religions it deprecates, Satanism is an open-ended code and belief system that is wholly bespoke and unique to each individual. I’m not sure if there are any hard and fast rules at all. What elements of Satanism do you endorse and / or practise? Are you a Theistic Satanist or do you view Him as a wholly mythical force? The antidote to running with the flock and worshipping false idols? And do you combine your Satanic beliefs with some Luciferian principles?
“I own books of the occult, some are more philosophical and others are more inductive to ritualistic practices. All of them have their own interest and magic. The first one I read was ‘Diabolic Possession’, its reading becomes attractive and gave me thirst to discover more on the subject. There is an enormous variability for the meaning of Satanism and because of that each individual must care to follow the better seal for his soul. Satanism is the strength and the will that common people cannot achieve as a result of being limited to this rotten society, following futility and ignorance. Satan and Hell are a reverse and an inverted form of the monarchic majesty of the son of heaven. This must be understood as an act of salvation, the confrontation of Good and Evil – Christianity was / is supported by slavery and Satanism is supported by free will.” 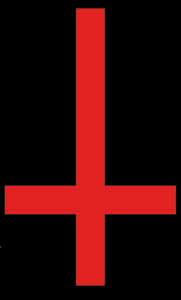 On many levels, it feels likes Satan’s era is dawning right now as this has been one of the darkest years in the history of humankind. We can no longer do as we please when we please. Non-essential work and non-essential travel have been banned, we can no longer socialise and meet family members. Forbidden from working to earn income, locked up at home, mandatorily social distancing and forced to wear face masks. The dystopian future is now and mankind has been enslaved. What has just happened to the world?
“From time to time we see catastrophic events happening with the only purpose being human casualties. The world is rotten, humanity is decaying and humans are a fucking plague that no longer deserves the right to breathe. I feel a regular need to distance myself permanently from what the actual world is, so this was not a problem, but the opposite.”

Of course, from a musicians’ point of view, the biggest downside is that, with few exceptions, live ceremonies are no longer taking place. It’s astonishing – the stuff of nightmare. How long is it since Satanize played live and how frustrating is it that you can’t organise some rituals to promote the new album? Are you worried that this is it, that gigs and festivals are gone forever, or are you confident this surreal lunacy will blow over?
“It’s been a while since we played live. We hope we can reach a stage soon to perform a sonic annihilation ritual. Not playing live does not affect Satanize, as we can live without it perfectly; we are creatures of the shadows. The torches are still burning and the banner of Antichrist victory is raised higher.” 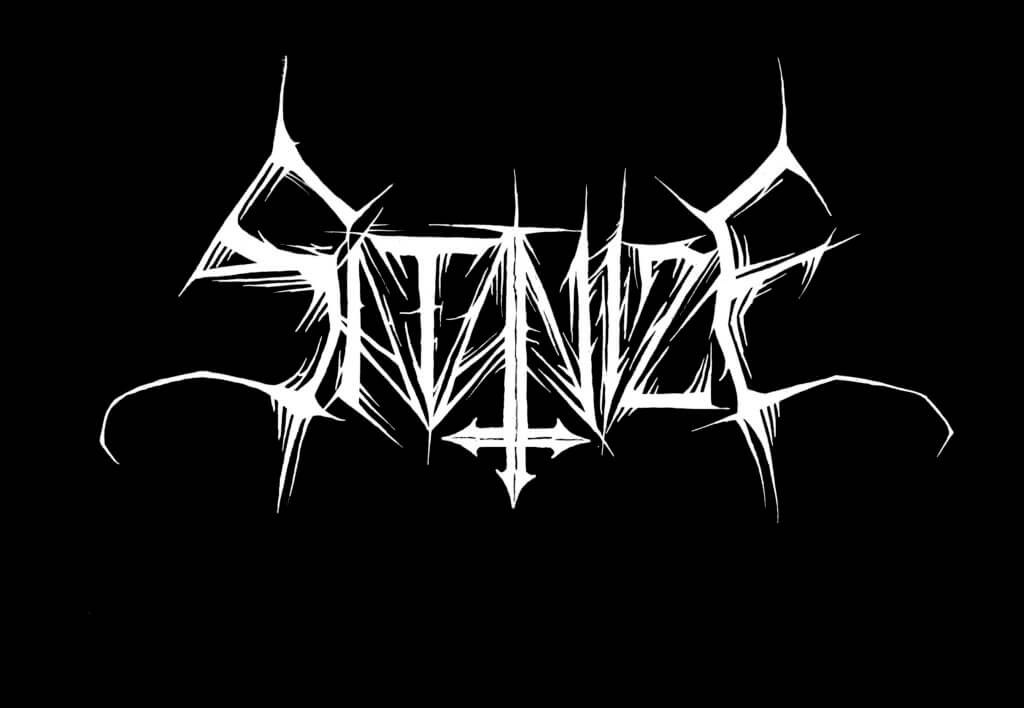