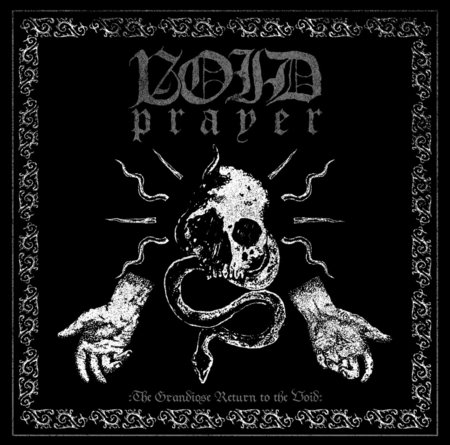 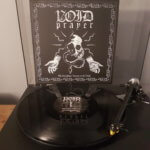 For the countless webzines that are out there – with new ones popping up every week – purporting to promote extreme music, it’s staggering how many of them are merely vehicles for shameless PR. The vast majority of these sites, including virtually all of the bigger ones, are more concerned with promoting themselves than letting you know about what’s really happening in the Black Metal underground.

Hardly any of them seem to promote or highlight music that they discovered themselves through blind purchases or from bands or labels refusing to ‘play the game’. Thus, what you are being fed predominantly (with an occasional exception) is reviews, previews, interviews and press releases concerning the labels and bands who are in the system seeking promotion. A slew of digital promos goes out through orchestrated channels to the zines, who invariably sing the praises of these releases, afraid to trod on any toes or compromise themselves lest they don’t receive promos anymore or sour their cosy relationships with said labels.

But, in a development scarily akin to the compliance of the mainstream media in offering only one side of the story, readily reeling off official narrative press releases rather than doing some actual journalism, the small labels who are not involved in this race for gratitude and validation – two of whom are Black Gangrene Productions and Altare Productions – are largely if not totally ignored. This is why you won’t see a review of Void Prayer’s astonishing sophomore full-length, ‘The Grandiose Return To The Void’, anywhere else.

It’s quite shameful, actually, when you think it over. Are reviewers (or their commanders) only prepared to consider an album if there’s something in it for them? Why only review promos and why only ‘look after’ bands and labels with whom you have established a nice working relationship? Why not use your position of influence to endorse some of your own purchases / discoveries or even music that’s already widely available (on Bandcamp for example) but not distributed through the PR channels? I would suggest with confidence that most of the individuals writing for these zines don’t actually purchase any of the albums they hype up … their only goal is to encourage you to do so.

I noticed this very same bullshit when writing for one of the better-known metal magazines about a decade ago. The editors had no interest in letting me review or interview bands who couldn’t afford ads and the front cover pic was effectively paid for (indirectly but blatantly) by bigger labels through regular advertising. The wrangling and negotiating behind the scenes over who would get the front cover was shameful.

Anyway, I digress. Released as a conspiracy between two brilliant but ultra-low-key labels, ‘The Grandiose Return To The Void’ has remained in complete obscurity since its release a month ago. This is (in some respects) a real pity as what we have here is a stunning display of raw, majestic Black Metal from Bosnia and Herzegovina’s prolific Black Plague Circle. There are five lengthy curses on the album, totalling almost 42 minutes, and it’s clear from the off that we are in the presence of underground Black Metal greatness.

This is a journey to nothingness, a celebration of the emptiness that lies at the heart of everything. Gloriously nihilistic and reassuringly negative void-gazing for the darkest souls in these darkest of times, ‘The Grandiose Return To The Void’ is a harrowing and disturbing yet strangely uplifting record that every self-respecting Black Metal fanatic should add to their collection, be that a digital or physical one. Death-affirming music that might not be trumpeted by those who control the flow of information but is surely too important to be overlooked.