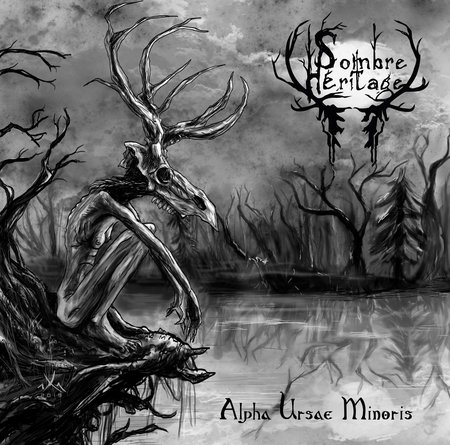 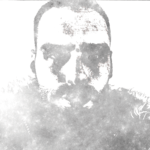 In keeping with its status as one of the world’s coldest provinces, Québec has proven to be the ideal breeding ground for an iconic indigenous Black Metal scene like no other. Curated exclusively by Sepulchral Productions, this frigid landscape has spawned spectacular music with a unique sound, going back to the trailblazing patriotic tones of Forteresse’s unforgettable debut, ‘Métal Noir Québécois’, through a succession of landmark releases from the likes of Monarque, Sombres Forêts, Gris and Délétère.

The latest interesting emission to emerge from across Québec’s snow-capped plains is ‘Alpha Ursae Minoris’, the opening shot from Sombre Héritage – a suitably frostbitten, gloomy and emotional album which has been granted a stellar, ice-cold sound that allows its sharp, harrowing and at times triumphant atmosphere to shine through.

The driving force behind Sombre Héritage is Exu from Hak-Ed-Damm and he is in inspired form here, his plaintive and harrowing reflections conjuring powerful, melancholic and deeply-charged traditional Black Metal, the lush soundscapes and versatile vocals combining beautifully, seamlessly.

A worthy addition to the proud Québecois Black Metal lineage, ‘Alpha Ursae Minoris’ represents a solid triumph for an intriguing new act working hand in hand with a veteran label located in one of Black Metal’s most decorated outposts.