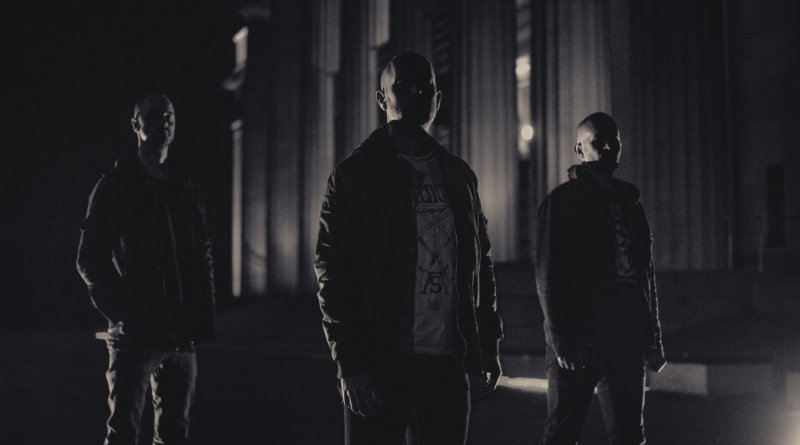 As well as representing the crowning glory thus far of a long and distinguished recording career, Ulcerate’s colossal sixth full-length, ‘Stare Into Death And Be Still’, also boasts one of Death Metal’s most profound and poetic titles. Curiosity piqued, I touched base with the New Zealand trio’s trailblazing drummer Jamie Saint Merat to delve deeper into exactly what it means to stare into death. And to be still. 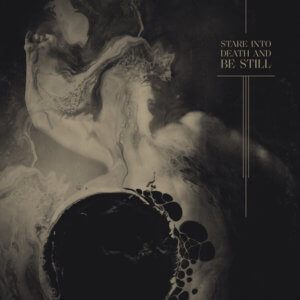 ‘Stare Into Death And Be Still’ is a very powerful and evocative album title. It’s an invitation that’s open to interpretation and I guess each individual can take their own meaning from it. Was this something you were conscious of when you came up with the title?
“I’d say that’s pretty much a given at this point, particularly when such a vast amount of our lyrical matter is so metaphorical. And naturally once you release anything into the wild people are going to filter everything through their own biases, which is the beauty of it all. But we did have some very specific phenomena in mind with this title.”

As horrific as it is natural, death has always been an obsession of writers, artists and philosophers. As an inherent, essential part of life, there’s just no getting away from it. Of course, it’s also the prevailing theme in Death Metal. Staring into death could be understood as part of the process of acknowledging, respecting and accepting an ending that is inevitable? Be cognisant of it, be ready?
“Yeah, absolutely, that’s the angle that we’re taking with it. We’ve all lost people close to us in the last few years, and the phenomena of being rendered powerless in halting death’s grip is extremely sombre – regardless of how clinical and pragmatic you are about death in everyday life. Stoic until the point of surrender, death’s energy will wash over you in the most unexpected of ways.”

For some reason, I’m reminded of Nietzsche’s oft-quoted warning that ‘if you gaze long into an abyss, the abyss will gaze back into you’. Could the same be said of death – if you stare long enough into death, death will stare back into you? Fascinating as it is, becoming too preoccupied or obsessed with death could become an obstacle to living?
“True – but being too preoccupied or obsessed with anything will become an obstacle to living. The older I get the best way for me to navigate life is to balance the positive and negative energies as evenly as possible. Our Abrahamic hangover is the only reason we impart such a depressing stigma on things that are all too natural. Animals don’t have superstitious hang-ups regarding the things that disgust us or fill us with dread.”

I’m curious too about the ‘Be Still’ part. Obviously, the album title resonates on a profound and personal level and this should remain private but, generally speaking, what kind of stillness are we talking about here? Be calm? Be awake? Be quiet? Be mindful of the fact that you are powerless in the face of death? Or something else entirely?
“The horror of passivity in bearing witness to someone you love succumb to death, gradually, tragically. I recently witnessed a loved one take their final breath in front of me, so this concept resonates on a very deep level. It was an extremely profound and life-changing moment, with a deep sense of sorrow, but also a deep sense of release. Both horrific and beautiful.”

The reaction to the album so far from critics and fans alike has been universally positive. And not just in the underground … even Rolling Stone waxed lyrical about it. While clearly you don’t need or crave feedback like this to vindicate or justify your singular vision and quest for perfection, it must be reassuring at the same time to discover that so many people ‘get it’ and enjoy the music?
“You’re totally accurate with this summation – the response to this album has eclipsed any of our other work by far. Which is incredibly humbling and, as you said, an affirmation that what you’ve created somehow translates its intent. Which has definitely not always been the case. Ultimately, you don’t make music to satisfy others, but you also know all too well the feeling of elation when you hear an album that immediately resonates – and knowing that others feel that way about something you’ve poured untold hours into is satisfying for sure.”

Ulcerate’s music works on so many levels that it defies categorisation. Pigeon-holing is lazy but I suppose it can be useful in providing some sort of signposts. I always hated the term ‘technical death metal’ as it seems somehow patronising and frankly disrespectful, inferring that the default setting is that bands are not technically proficient. I noticed the term ‘unorthodox death metal’ used on your Bandcamp page, however, and I think it’s very appropriate. Do you feel that’s a better description of Ulcerate, if one must be used?
“That’s exactly how we have always approached that term. ‘Technical’ is such a meaningless descriptor, and infers that your sole purpose is to compose music that is complex for complexity’s sake, which has never remotely interested us. The ‘unorthodox’ term is something I’ve seen said about us here and there, and we’re comfortable with this. I think at the very least it gives someone some sort of idea of what to expect when they listen for the first time, without imposing bullshit hyperbole.” 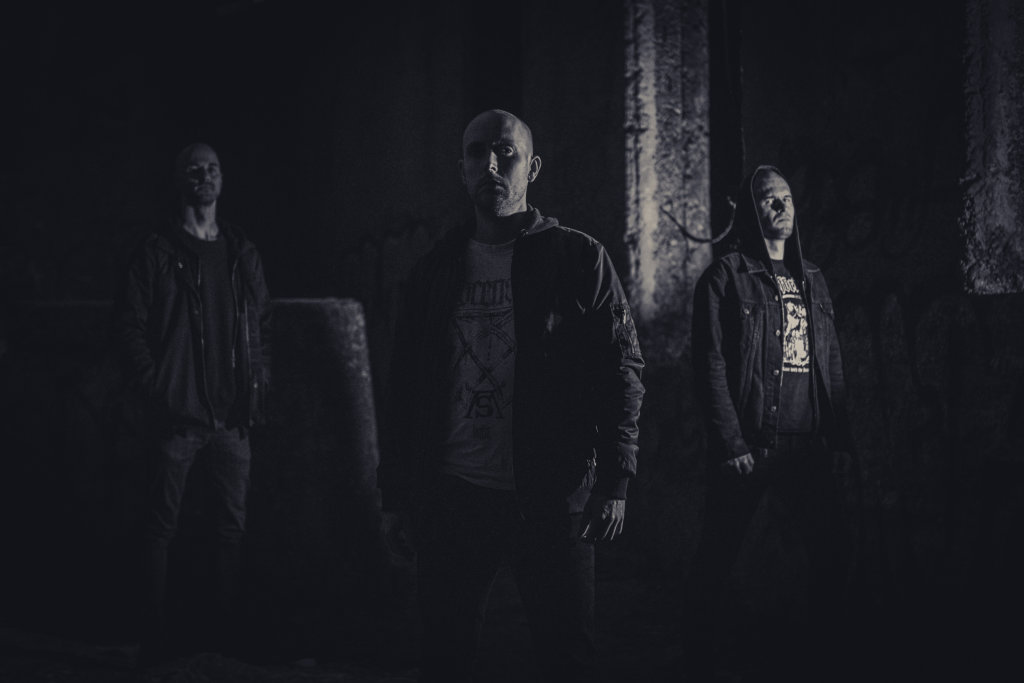 The release of ‘Stare Into Death And Be Still’ has coincided with the outbreak of a global pandemic. While on one hand, this seems poetic and poignant, a case of life imitating art almost, the downside is that it will surely wreak havoc with your plans to participate in a tour to promote the new album. How big of a blow is this?
“It’s irritating that we’ve had to essentially write an entire year off in terms of live activities, but it is what it is. We’ve had to cancel North American dates we had booked for November this year and postpone Australasian dates. Many plans are in the works; we just need to bide our time a little.”

New Zealand seems to have been spared the worst of the Covid-19 nightmare, through a combination of your geographical isolation and the quick actions of your government. Was there a strict lockdown there and, if so, has it been lifted already?
“Yeah that’s correct – we went into a level 4 lockdown almost immediately for seven weeks, and just as of last week we are almost back to normal.”

The virus is on an ominous, unstoppable course to become endemic in Europe, Asia and the Americas, so it looks like possibly New Zealand and Australia – who I believe are in discussions to potentially form a trans-Tasman bubble – could effectively be cut off from the rest of the world for quite some time to come, with closed borders the new norm. Are you concerned by what this could mean for the future of Ulcerate as a touring band?
“The only thing any of us can do is take things one step at a time at this stage. Things are changing rapidly – both negatively and positively.”

To finish on a positive note, you joined forces with French label Debemur Morti Productions for the release of the new record. As well as being increasingly eclectic, it’s an incredibly thorough, dedicated and professional label, with an emphasis on quality and the keenest attention to detail. What attracted you to DMP initially and how is that partnership working out so far?
“These exact reasons have always kept DMP in my peripheral view. They actually reached out to us around the time of ‘Vermis’, at which point we had one more album to deliver for Relapse. When it came time to either renew the Relapse contract or move elsewhere, it felt like an extremely natural avenue to explore. Within days, label owner Phil and I hit it off and we began the collaboration. We couldn’t be happier – it’s easily the most eye-to-eye I’ve ever felt with a label relationship, and there’s a really deep mutual element of trust and respect, which is fucking rare.”