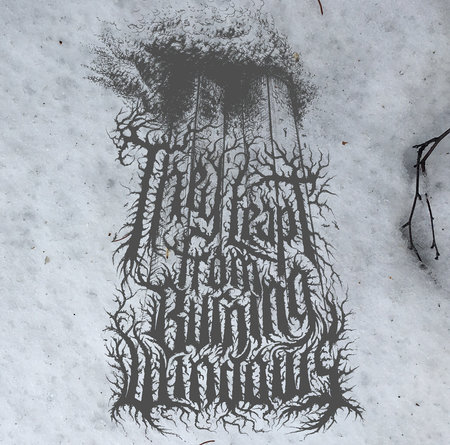 Carved from the cold, barren landscape of Anchorage, Alaska, ‘Demo 2020’ comprises six icy shards of oppressive, frostbitten majesty, the bizarrely-named They Leapt From Burning Windows demonstrating over the course of 30 minutes an uncanny knack for executing top-notch raw, melodic Black Metal. This collection – initially released on a limited run of cassettes by Lycaean Triune but almost certain to gain traction – was composed over the course of four unforgiving winter seasons in one of the world’s harshest outposts; the results are highly impressive: grim, abrasive, shrill and spine-tingling underground Black Metal that takes us back to the much lamented early days of the subgenre.

Although Black Metal has spread its tentacles across the globe and is nowadays manifested in many shapes and forms, it’s nevertheless quite rare that a truly unique and infectious recording appears. To this end, They Leapt From Burning Windows are to be commended for delivering from the Northern wastelands something fresh, exciting, enthralling and undeniably authentic.

Desolation, isolation, anger, hatred and melancholy are all evident in abundance in both the shrieked and growled vocals; bitter coldness prominent in every crashing cymbal, frigid riff or bass vibration. There’s so much going on at once, the guitars swarming around like snowflakes in a blizzard while the drums bang out an ominous march to the grave, each of the four songs proper an exhibition of raw Black Metal mastery (‘Ceo Dlúth’ streaks past the ten-minute mark but is so compelling it feels much shorter), bookended by a suitably stark Intro and glacial Outro.

I’ll be amazed if there aren’t many reissues of this gem.