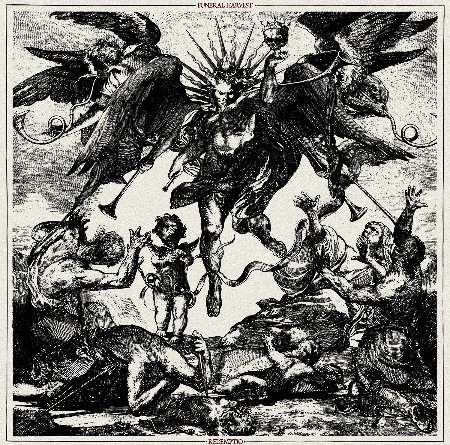 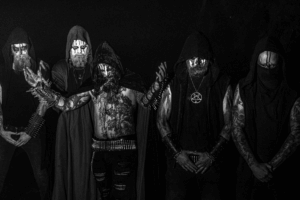 The inimitable Wraath lends his decidedly-demonic voice to ‘Fire Sermon’, ‘Principum et Finis’ and ‘The Crimson Night Tide’, and his distinctive presence contributes measurably to the power and might of Funeral Harvest’s supremely-Satanic debut full-length, ‘Redemptio’. Wraath’s status as an honorary member of Funeral Harvest should not surprise anybody due to his involvement in a few other choice Norwegian-Italian alliances – Darvaza, Fides Inversa and of course Ritual Death, which also features Lord Nathas. What a tangled web we weave!

Nathas aside, the other concelebrants of Funeral Harvest hail from Trondheim, but they do not seem to attach themselves to the infamous Nidrosian Black Metal collective and are instead aligned with Portuguese imprint Signal Rex rather than Terratur. Which brings us at last to the music itself and ‘Redemptio’ could be accurately described as an unholy eruption of solitary Satanic might.

Like the album itself, four of the nine offerings have been christened with Latin titles. ‘Redemptio’ is bookended by unsettling instrumentals, namely ‘Opus Cælestis’ and ‘Libera per Ignem’, while a ceremonial centre piece, ‘Soli Ego Gloria’’, evenly spaces out the remaining six invocations of adversarial, sacramental Black Metal that is at once traditional and contemporary.

While a contingent of guest musicians have been invited on board to contribute, ‘Redemptio’ does not consequently suffer from any lack of direction or dilution of identity. To the contrary, it remains singularly focused throughout its half-hour duration and is imbued with sufficient unique traits and characteristics to render it an accomplished work of dark art.