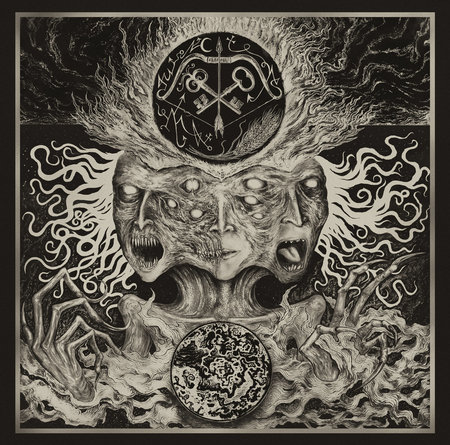 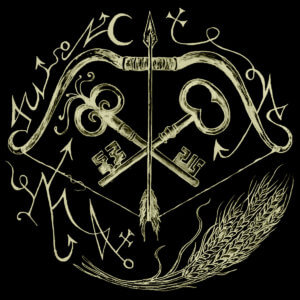 The debut Moon Oracle full-length, ‘Muse Of The Nightside’, is just what the doctor ordered in what has to date been a dreadfully-disappointing year for quality releases. It’s short and to the point, representing a resounding triumph for quality over quantity. Opening with the stunning ‘The Huntress and the Hunted’, the album grabbed my attention immediately, reminding me quite a bit of the exceptional Ysengrin with its base, arcane decadence and otherworldly analog awesomeness.

The levels of mania increase on ‘A Rape on the Plain of Nysa’, where the rumbling bass, obdurate drumming and trademark guttural emanations of inimitable Ride For Revenge mainman Harald Mentor combine with subtle riffs to entrance and intrigue. On ‘Rite of Chthonic Mother’ we are treated to some unexpected Heavy Metal type vocals, which are in fact surprisingly enjoyable. Later, the spoken words at the beginning of ‘Crossroads (Mysterium Triformis)’ provide another curveball.

Drum-and-bass-heavy, the music on ‘Muse Of The Nightside’ is immediate, catchy, hypnotic and swirling, grimy and almost caked in graveyard clay, reeking of death and necromancy, archaic chants and curses performed naked beneath the ominous glare of a full moon. The six tracks go by quickly but there is always incentive to have another listen as the album dwells comfortably in that often elusive domain where freshness and familiarity coalesce.

While on one hand the songs are fairly straightforward, that’s not to say they are unadventurous. It takes real skill to craft memorable music that doesn’t depend on speed and / or aggression but instead is elevated by conjuring the exact right atmosphere … in this case, one of dread and decay. I would imagine that just about everybody who decides to check ‘Muse Of The Nightside’ out is going to appreciate this dark alchemy for what it is.