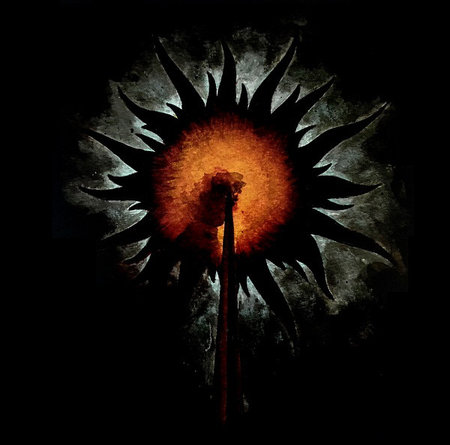 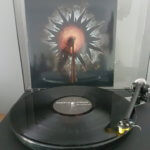 Unleashed upon the pitiful masses all of 13 years ago, ‘Ex Nihilio’ brings together two of Ireland’s most important Black Metal exports for a landmark collaboration that is worthy of acknowledgment and acclaim not just due to its historical significance but also because of the quality of the music on offer. The songs on this record did not so much hint at things to come as provide irrefutable evidence of the unholy emergence of two vital new dark energies in the erstwhile land of saints and scholars.

In total, we are presented with almost 33 minutes of contemptuous Black Metal, delivered with hatred and resentment. Even back then, the trademark misanthropy that permeates Slidhr’s work was prominent, the opening outburst of the devilish ‘Through the Roots’ reeking of disgust and indignation, naked revulsion and unconcealed contempt for humanity erupting through the speakers like a cocktail of daggers and insults. This is in fact one of my favourite Slidhr curses and it certainly provides this collusion with its most memorable and infectious moments.

‘The Paupers’ Bones’ is another excellent composition, skilfully fashioned and executed by a master of his sordid craft, again it is clever and catchy but by no means comforting. ‘Ex Nihilio’ affords a rare opportunity to study some of Joseph Deegan’s lyrics and they are indeed intriguing and extremely well written. ‘Deepest Graze’ provides a suitably bleak and decrepit end to this side of the record.

On Side A, Rebirth Of Nefast contributes two lengthy offerings in the form of ‘Swallowing the Sun’ and ‘Drink of the Black Chalice’. While the songs aren’t as sophisticated as what Wann / Stephen Lockhart achieved on the wondrous, towering debut full-length, ‘Tabernaculum’, seeds of the epic vision and vast possibilities of Rebirth Of Nefast are clearly evident.

It’s rawer and more straightforward than what would follow later but the two tracks are imbued with a haunting majesty, a sense of playfulness / adventure and scorching indifference that renders them much more than mere curios. While, as a snapshot in time highlighting how Rebirth Of Nefast started out, this is of course an interesting listen, I feel strongly that the music stands independently on its own merits and is as significant and relevant as anything that followed.

What I’m trying to say is that if this record was re-recorded today it might sound different – but it may not sound any better. It captures a time and a place that needs to be heard and is vastly superior to at least 90% of the utter crap that’s dribbling into my inbox on a daily basis. So I’d prefer to write about this older treasure than something newer and of lesser substance.