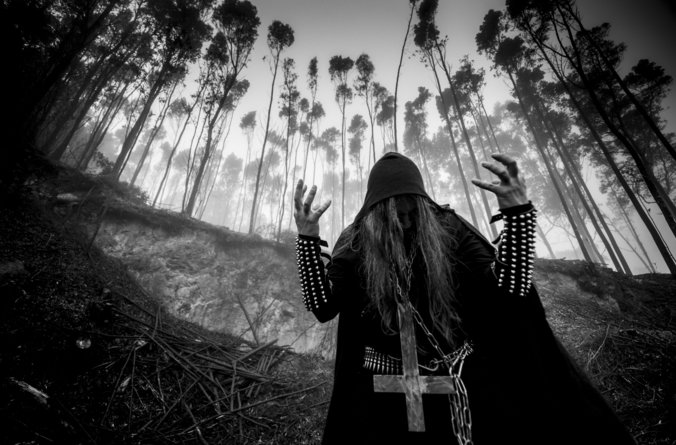 Enforced lockdowns across the planet have sparked widespread consternation and perturbation among the population at large. However, when you are a reclusive Black Metal musician who thrives on solitude and working alone, being asked to stay at home all day has its perks. With Irae’s fourth album ‘Lurking In The Depths’ (some of which was written and recorded during the pandemic) imminent, I contacted Vulturius to discuss his new record, the prevailing global situation and the equally-welcome spurt of creativity he’s currently experiencing. 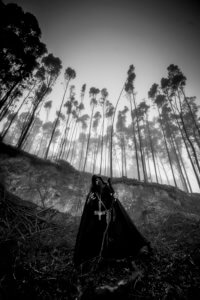 Some of the lyrics for Irae’s new album, ‘Lurking In The Depths’, were written during the early stages of the novel coronavirus outbreak. Seeing as Black Metal has been promoting plague and pestilence going right back to the genesis of the subgenre, I guess there’s nothing quite like a global pandemic to get the creative juices flowing! Did Covid-19 prove useful in that respect?
“Yeah … by around mid-February I had got all the instrumental part of the album already recorded. Despite having the whole concept defined since the previous year, there were only two lyrics written and a few more scratches. Then, in the end of that month, while returning from Italy, I’ve lost the flight and got fucking pissed off. But after a while I took that time to write a bit since I was going to spend all night there anyway, all alone and thinking. Then, the following day, I’ve written another three lyrics and a bunch of scratches and ideas. Some days after, I got everything I needed to enter the studio, record vocals and finish the album. So it’s been a good time creating and recording music in my place without anyone to piss me off.”

As a misanthrope, performing songs about the end of humanity, was there a part of you that welcomed the chaos? Governments and mainstream media really lost their shit. Every time I turned on my television, they were talking like we were on the verge of the end of times. Pretty hysterical stuff. Do you feel there was an over-reaction to what is essentially just a bad bug?
“I like to stay in the background enjoying all this paranoia and mundane chaos, although knowing that this is a serious matter at various levels. Even before this, we’re living really in stupid times … people have lost all concept of humility. Every fool has a voice and his words get another one. Besides that, there is the feeling of power and evolution – but the truth is that humanity is in collapse and this virus is the smallest thing. I think this was necessary and I enjoy chaos.”

And some would say that the biggest virus of all is the two-legged one that craves power, status and material gain. Generally speaking, humans deserve everything thrown at them…
“Things are always changing. All humans die, with no exception, everything falls.”

How insane did things get during the peak in Portugal? Were you under house arrest? I assume you choose to lead a fairly secluded and isolated existence anyway, so perhaps it didn’t affect you much? At the same time, none of us like having our freedoms taken away for us, regardless of the excuse given…
“It didn’t affect me at all. I’ve been in lay-off since March 15th and being home is one of the best things for me because I have time to play and focus on creating music. Also to learn new stuff and of course to listen to my collection as well as to sleep, eat, get drunk anytime I want and take a walk in the woods near my area. I’ve had a great sense of freedom. The greatest thing was not to wake up every morning to go to work!”

The new record will be arriving next month. It’s another accomplished and single-minded expression of uncompromising raw Black Metal, as we’ve come to expect from Irae. The atmosphere conjured is hideous and horrendous – are you happy with the amount of evil and apathy you’ve squeezed into those 44 minutes?
“This is a reserved and lonely record. It’s like a soul in the dark lurking the outside world yet forever cursed to remain in the mist. I’ve been listening to it a lot and I’m fully satisfied because all the ideas that I had for this record were implemented and worked as planned. Also, this time I produced, mixed and mastered everything with no one to tell me what to do, which is perfect because I do what I want and don’t care.”

Even though it’s essentially noisy and chaotic Black Metal, I detect quite a degree of variety and ambition in there as well, particularly on ‘Ratazanas’, the awe-inspiring ‘Encurralado’ and the dizzying, bewitching ‘Calor, Fome e Doenças’ – songs which in many respects reflect the true, mischievous essence of Irae. There’s an almost experimental feel to this album, which is very rare in raw Black Metal. Do you enjoy adding these little unexpected twists, turns and nuances? They definitely make Irae rare and unique.
“Throughout the years I’ve had my experiences and influences. This time I had a more atmospheric and inner approach and added synths in all the songs. That was something I wanted for a long time and that I’ve done before in a very primitive way in the first demo, the Coldness / Irae split and also in the last demo, ‘The Maniac Perversions Of My Soul’, but I can never leave out those old school Black Metal riffs from the early ‘90s; they run in my veins.” 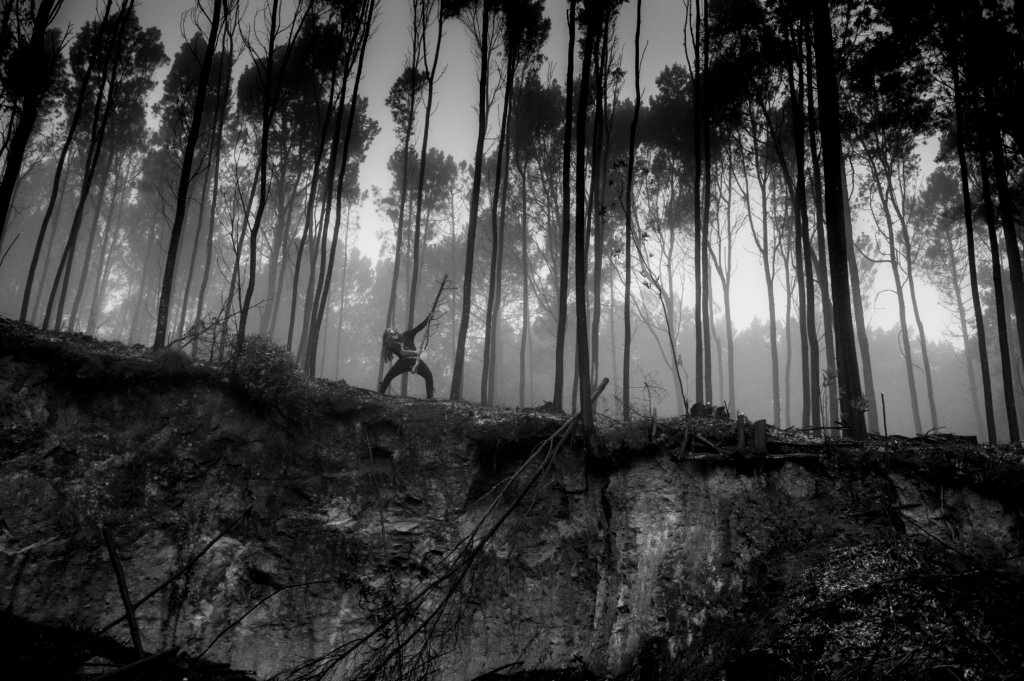 As one of the more experienced members of the Black Circle, what do you think of the other bands in the Portuguese Black Metal underground? Black Cilice, Occelensbrigg, Vetala, Decrepitude – a lot of great music coming out of Lusitânia right now? Perhaps some other factions you could recommend?
“In recent times, Portuguese Black Metal has jumped outside to a new level and it’s good to see. Off the top of my head, I also enjoy Infernus, Trono Além Morte, Ventr, Satanize, Dolentia, Lycanthropic Wintermoon and Degredo but there’s many more.”

You have joined forces with Signal Rex for the release of ‘Lurking In The Depths’. This looks like a very natural partnership. How is it working out so far? Seems to be a great label with a genuine passion for the best Black Metal…
“We know each for years and have done several releases together over the years, so when I sent the master for the album there was a natural interest.”

You probably have another album written already due to the lockdown. Maybe we’ll see more material from Irae before the end of the year, if we get there and the world doesn’t end first! Are you also busy working on material with any of the other bands you are involved in?
“I’ve been working and recording the new Morte Incandescente album; an Irae / Szivilizs split; a solo project named Epidemia Nevrótica – both album and demo (never released anything but it´s somewhat weird Black Metal); and also an Occelensbrigg / Irae split.”

Great to hear there’s so much new music on the way! Well, thanks for agreeing to the interview and congratulations on another exceptional volume of work with ‘Lurking In The Depths’. If there’s anything you’d like to add, feel free to close this conversation:
“Thanks for your interest and this nice interview. All Hail Hell!”