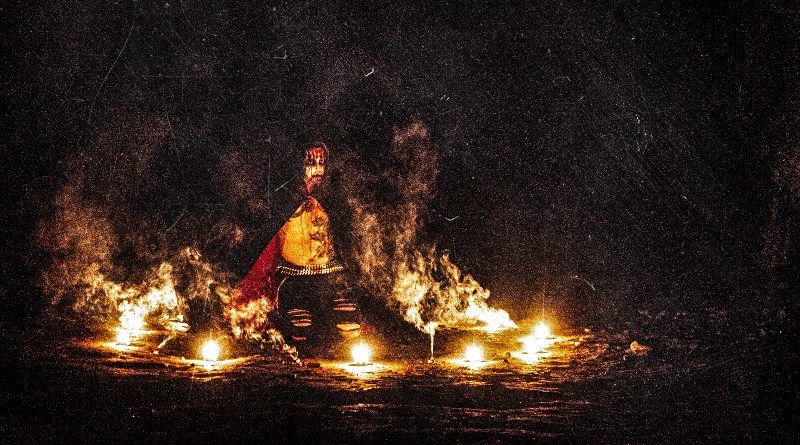 How apt in these days of spiritual destitution that Funeral Harvest should strike vengefully with debut full-length, ‘Redemptio’, swinging their insatiable, bloodthirsty sickle upon the earth, reaping retribution with nine blasphemous psalms of aversion and antipathy, each delivered by fire. Wrathful redeemer-in-chief Lord Nathas speaks of crafting dark art in tumultuous times; burgeoning Black Metal brotherhoods; the unseen hand that guides; hunger for the blood of god; and mankind’s unfortunate tendency to find an enemy on every corner. 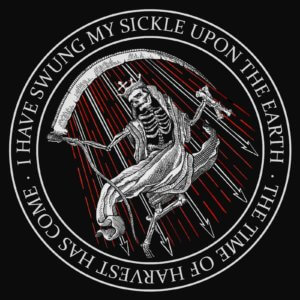 The day of reckoning has come and, with ‘Redemptio’, Funeral Harvest swings its sickle upon the earth. There could hardly be a more poignant time in history to deliver your debut full-length. As mankind trembles beneath the contemptuous knee of oppression, has Satan’s era finally arrived?
“Everything is connected between this era and ‘Redemptio’, everything comes for a reason. ‘Redemptio’ embraces this new age of Chaos, where freedoms seem oppressed day by day. As sublime as Harmony can be, there should always be an element of Disharmony, imbalance, and defect! We have been through a global pandemic that has shown fear and death among the human race. Now we are in a time of war and we are preparing ourselves for a new time of blood.
“I truly believe that ‘Redemptio’ has its own will and meaning in this current time. I don’t see Satan in what the human race is able to do. I have a different point of view regarding ‘Satan’ as Duality, Adversary and Free Will. But, of course, if people want to use that name to blame for what’s happening nowadays, then it shows us how mankind can be manipulated and be called stupid. ‘‘Redemptio’ is blood against mankind, who has lost his own path.”

If not Satan, then who should we credit / blame for the current ills of the world? Ultimately – be it a war, the removal of freedoms or economic collapse – the problems are always man made. Through a combination of stupidity and greed, mankind has a special ability to destroy himself, and everybody must pay for the mistakes of the few…
“Oh well, in the Paradise Lost of John Milton it’s written: ‘for now, I see Peace corrupt no less than war to waste’. This is a vast argument that could go politically wrong. So, I will say that it is what we deserve; sometimes I believe that we don’t learn enough from history. It’s in the human spirit to have an enemy, something or someone to fight against. It’s a mental problem; the world will never change.” 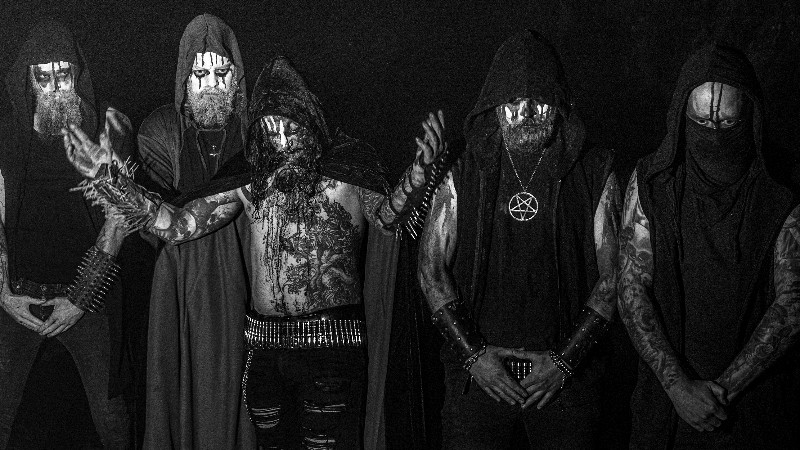 Is Black Metal more relevant than ever in light of the current global predicament, with plague and pestilence omnipresent and a winter of cold, hunger and poverty lying ahead for large swathes of mankind? Are more and more people going to wake up to the reality that their faith is built on a lie and that their god is not going to save them from the coming storm?
“Black Metal is lifestyle, knowledge, an expression of your hunger. When there is a fire that burns you from the inside and you want to give it a shape and a name, that is Black Metal. I satisfy this hunger for darkness with passion and devotion through music. But this is my personal opinion, how I see Black Metal. The fact that the world is in an uncertain circumstance of imbalance is something different that I don’t see relevant to music. Of course, for someone it can be a source of rebellion. Faith is induced in us by tradition; it is not part of our nature to believe in god. I am not able to change someone who has different thoughts than mine. It’s on us to use our intelligence and wake up from this distorted dream of salvation.”

‘Fire Sermon’ pours scorn and ridicule on the delusional Nazarene and an arrogant, spiteful, dictatorial god. In contrast, Satan makes no empty promises but urges us to live our lives to the full, following rather than rejecting our animal instincts. Is this what Satanism represents to you? A celebration of our corporeal essence, of the spirit and essence and soul of man, of life itself?
“Satanism is vast and complicated. I would like to say a sharp double-edge knife, if you go deep you can sink. I have a different view of Satanism that doesn’t match the theory of Anton LaVey in this case. Satanism is the knowledge that goes above the self in a different state of mind and soul.” 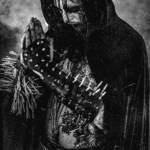 Is it a force that exists within us all, and the key is to access and channel that energy via whatever means suits the individual, be that awareness, discipline, rejection or creativity?
“From my perspective, it comes from self Illumination. Raise yourself above everything else,  separate your weak soul and be reborn in the beauty of the Beast. I believe that in each of us, there is a spark that gives  light, fire and energy. When you reach the unknown light, it’s time to call yourself a fire soul. It is up to us to know how to make the most of this genius.”

‘I will cast agony and grief upon mankind’ / ‘The time of harvest has come’ – ‘Principum et Finis’. You stated that ‘Redemptio’ has its own will and meaning in the modern era. What is the underlying theme or message behind this work? To whom is redemption being offered or granted and what does this redemption comprise? Is this a (funeral) harvest for the world (in which case the October 31st release date is significant as Halloween traditions were influenced by Celtic harvest festivals)?
“Religions have for centuries made humans into puppets by their own laws: fear, death, obedience, purity, sin, etc. In my opinion, it is fascinating if we want to know the discipline of God as divine. There, where there is light, the shadow is darker. The problem with every religion is how humans use this Name. Religion is power, state and war … Divine good destroys more than war does and  ‘Redemptio’ is the omnipotence of the wrath and the hunger for the blood of god. We have set up the release for the Samhain to honour the downfall of the sun and let the darkness enlighten our journey.”

On a personal note, you have joined the ranks of Fides Inversa as a full-time member and in that capacity recently completed the Diabolic Liminal Congress across Europe with Akhlys and Chaos Invocation. How inspiring and invigorating of an experience was that? Did you get a good turn-out at the shows and how magickal was it to be back on stage at that scale after the insanity of the past two-and-a-half years?
“Fides Inversa is not just a band, it’s a beast that shows his majesty as soon as it is released. An Furor, power made with our deepest feelings. The Diabolical Liminal Congress was one hellish ride. We spread fire and blood across Europe, Akhyls and Chaos Invocations were glorious, above every expectation! I was amazed at how good the response from the audience was.”

The inimitable Wraath is of course the vocalist in Fides Inversa (you are also members of Ritual Death together) and you invited him to contribute guest vocals on ‘Redemptio’. I’m sure you will agree that his is one of the great current Black Metal voices and that he elevates everything he is involved in to another level?
“Wraath is an uncontrollable force! You can’t find this in everyone. I had asked Wraath to be a special guest for one song. During the vocals recording, something magic happened on that day. I can’t even explain the feeling we got inside the studio. In the end, he did two full songs (‘Principium et Finis’ and ‘The Crimson Night Tide’) and we also did one together (‘Fire Sermon’) … everything in one shot! It was the will of the songs to decide how to give the right shape to the album. I see ‘Redemptio’ as the Great Beast that arises above everything with different voices and faces in only one fury.”

There are other guest collaborators on the debut Funeral Harvest full-length, too – what was the thinking behind this? Did each bring a unique quality that you couldn’t evoke yourself or was it done more in the spirit of brotherhood?
“Of course, we are more than a brotherhood! Only a few trusted People can cross my own path. When Enstad (Beyond Men) joined Funeral Harvest, all the recordings were done, but some of the songs were missing a touch to make them even more interesting, Enstad’s come with his disharmonic influence and he put a mark on it. Also, Ahzari (Saligia, Beyond Men) put his mark on the backing vocals, because the song called him to do his part without asking, while a few more have collaborated directly and indirectly with Funeral Harvest. ‘Redemptio’ is the final result of true believers.”

Speaking of brotherhoods, an unlikely and highly productive Black Metal axis has formed between Trondheim and Italy – with Darvaza the first to come to my attention and other acts following suit. What has been the catalyst behind this unholy union between two distant geographic locations?
“I believe that my path has been written somewhere, or it was my way to persevere with what I have always dreamed of: to make it true, live it and never turn back regretting this choice, even though sometimes it is pure chaos and sacrifices. I don’t believe that is the case regarding the geographic location or something else.  As an Italian, I can confirm that we are two different worlds and cultures, but nothing negative though.
“I guess it is about our devotion, our belief or our true spirit to put passion into what we do. We invest  everything and more into giving for the same cause. Maybe that is the key to our Brotherhood.” 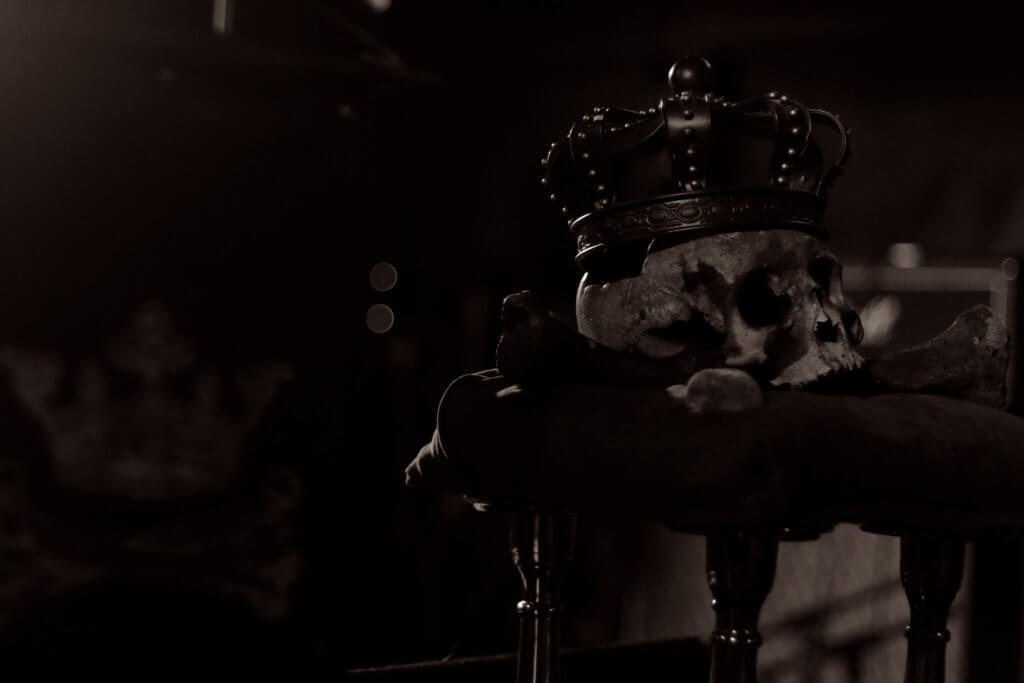 What is this unseen hand that guides you? How long have you been aware of it? Did you invite it into your life or did it summon you? And does it influence other aspects of your life outside of music?
“Something I can’t give a face to, but I feel it like a strong vibration that pushes me towards the next step and without fear. I embrace this sensation and keep going. I try not to let this face of my soul attach to my normal life. I have learned to separate these two worlds, give a balance and keep it together without letting either of them collapse.”

A sinful release show for the album is scheduled for Nidaros on October 21st. What can we expect here? Will you perform ‘Redemptio’ in full? Any other Funeral Harvest rituals pending? There’s also a Ritual Death tour planned for January, supporting Misþyrming – no rest for the wicked, I guess?…
“On October 21st I will give ‘Redemptio’ his throne, blood and sword. With this live show, we will perform a full setlist of ‘Redemptio’ with all our guests, etc. It’s time that the band started to look forward and this release gig will be our proof that now we have the right people. We have also confirmed our participation at Invicta Requiem Mass VI in Porto, Portugal on December 1st, 2nd and 3rd, 2023, along with other interesting bands and, in the same year, we are considering joining a tour organized by Signal Rex.
“Yes, 2023 will be a Terror with Ritual Death, The album release is set up for early December and in January we will join another force that will bring Death, Fire and Blood over Europe. Rest is for the weak!”