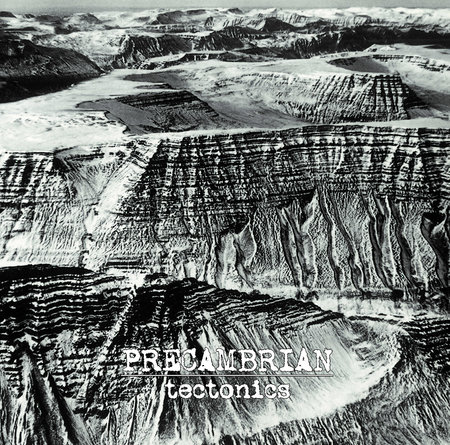 It’s a given that any release spearheaded by Roman Saenko – the creative force behind Drudkh, Rattenfänger, Blood Of Kingu, Dark Ages and the trailblazing pioneers of raw, grim, atmospheric Ukainian Black Metal themselves, Hate Forest – will be worthy of investigation but, even allowing for the fact that my expectations were high when this was mooted, Precambrian’s debut full-length, ‘Tectonics’, really has succeeded in blowing my mind.

Joined in battle by long-time co-conspirators Krechet and Vlad, who have served in all of the aforementioned brigades, Roman is in truly ferocious, impassioned, possessed form here, shredding, ripping, flaying through five cuts of intense, icy, barbaric, Slavic Black Metal majesty. To all intents and purpose, ‘Tectonics’ – complete with those trademark abrupt endings of yore – sounds like a natural continuation from ‘Sorrow’ – the fourth and final Hate Forest LP, which was released all of 15 years ago.

It’s got that same militant feel as Hate Forest, complete with martial drumming and boiling, ominous, violent but natural atmosphere, the inhuman vocals not of this earth – ghastly and guttural growls, fierce shrieks, spitting venom, contempt and rage, supplementing the haunting, mesmerising music perfectly to craft an album that sounds fresh and welcome yet instantly recognisable and familiar at the same time.

That familiarity no doubt stems from the members’ involvement in some of the best music produced over the past 20 years, Precambrian’s debut confirming that Roman and his ever-dependable cohorts have lost none of their enthusiasm or appetite for producing the darkest, most visceral and compelling, uplifting art. Last year gave rise to ‘Glaciology’, a wonderful three-quarters-of-an-hour-long compilation collating three Precambrian EPs; now we are unexpectedly presented with the band’s literally tectonic first album proper, a stunning recording which will command your attention with ease from the unsettling but soothing seven-minute ‘Archaebacteria’ through to the immense, magnetic parting shot, ‘P-Tr. Extinction’, with undoubtedly a fascinating history / evolution lesson being imparted along the way. A story I would like to hear…